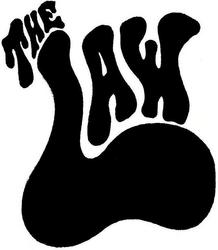 The Law consists of 4 founding members, Chris, Dan, Dave & Marc-Philipp . Chris happened to meet Dave in 2008 at an Open-Air concert at the Mannheim Hauptbahnhof featuring Love Street(Doors Tribute), Janis Joplin Tribute, and Randy Hansen(Jimi Hendrix Tribute). Chris found Dave hanging back stage with Love Street and they hit it off immediately once they found they both had a passion for and loved to create music. They ended up meeting and becoming friends with Randy Hansen that night. They began looking for other musicians and frequenting Open Mic night at Murphy’s Law where Chris would hone his guitar prowess in public.

Until November there was no luck due to Life’s expectations (school, work, blah, blah). Dave met Drummer Dan in mid-November and asked him to come down to Open Mic night the next Monday. Chris, Dan, and Dave rocked out a 20 minute Jam session starting off with “People Are Strange”, into some free-flow blues, then into “Gimme Some Lovin'” during which Dan pulled off a drum solo armed with merely a Snare and a High Hat. After that session, All three knew that something very unique had just happened.

The Wednesday before Thanksgiving Dave acquainted Marc-Philipp and asked him to play bass with the band. Marc-Philip eagerly said yes, and immediately began playing guitar when they came down to his jam room in Ludwigshafen (Hence the reason they have still never found the right bassist). The first 2 Jam sessions lasted about 10 hours, 3 cases of beer and resulted in Bulletproof and Come Alive almost complete. The band was so impressed with these sessions that they performed on Dan’s birthday, the following Monday: December 8th 2008 (which also happens to be Jim Morrison’s as well). Other Musicians who have played with The Law: Cary (Drums) Steve (Drums) Moritz (Drums) Bryn (Drums) Jason (Drums) AJ (Drums) Dieter (Bass) Keith (Bass) Jay (Keys/Vocals/Bass) Steve (Guitar) Joe (Sax/Vocals) Gregor (Sax) Dan (Clarinet).